The United States – Mexico – Canada Agreement (USMCA) has been adopted and is being implemented on July 1, 2020. It is imperative for experts and organizations that conduct North American cross border business to comply with the new USMCA customs procedures, digitally update their disciplines as required by law, and capitalize on the new trade and investment opportunities.

The aim of the course is to provide participants with essential and relevant knowledge about the new legal framework for North American cross border business.  The compliance workshop will get you into USMCA compliance and cover aspects such as: how is the USMCA different from the NAFTA, where are the opportunities and potential risks, and what elements should be taken into account to fully comply with the new provisions.

Who will deliver the course

The course will be delivered by the former chief negotiators of NAFTA and USMCA from the Mexican government who are active partners of Borderless Coverage (www.borderlesscoverage.com) and AGON (www.agon.mx). Apart from participating in it, they have been part of the most relevant trade negotiation processes worldwide, such as CPTPP, Mexico- European Union Trade Agreement, and the Pacific Alliance, among others. They also negotiated bilateral investment agreements with countries such as Brazil, Argentina, Haiti, Turkey, Jordan and Costa Rica. Additionally, they have represented Mexico in international fora and organizations such as the Asia-Pacific Economic Cooperation Forum (APEC), the Organization for Economic Cooperation and Development (OECD) and the World Trade Organization (WTO).

Kenneth Smith Ramos:  Ken is the former Head of NAFTA from Mexico in Washington D.C.  He was the Chief Negotiator of USMCA for Mexico.  Ken now works with Borderless Coverage and is a partner at AGON in Mexico City.  He works directly with our clients to get them into USMCA compliance and is an expert on international trade. 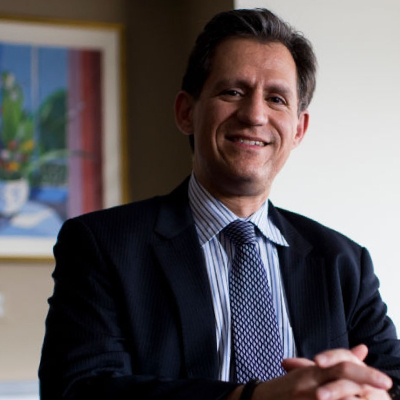 On January 1st, 1994, the United States, Canada, and Mexico signed the North American Free Trade Agreement (NAFTA). Tariffs were eliminated progressively and all duties and quantitative restrictions, with the exception of those on a limited number of agricultural products traded with Canada, were eliminated by 2008.

Thanks to it, the economic relationship among the parties increased exponentially. Nowadays, millions in dollars of goods are exchanged at the border divided by the Rio Grande, every minute. In the same vein, in 2018, the US goods and services trade with Mexico totalled an estimated $671.1 billion.

However, after more than 25 years of the agreement, the legal instrument required a thorough update. With the conviction of bringing NAFTA to the reality of the 21st Century, in 2017, a negotiation process began.

After a tough negotiation, the three countries finally reached a new agreement last December. The new instrument was formally called the United States-Mexico-Canada Agreement (USMCA) and is expected to replace the NAFTA soon.

Considering the numerous changes that the new agreement is bringing to the relation, it is imperative for all those involved directly or indirectly in trade operations in North America region, to get updating their knowledge so they can take advantage of the new legal framework.